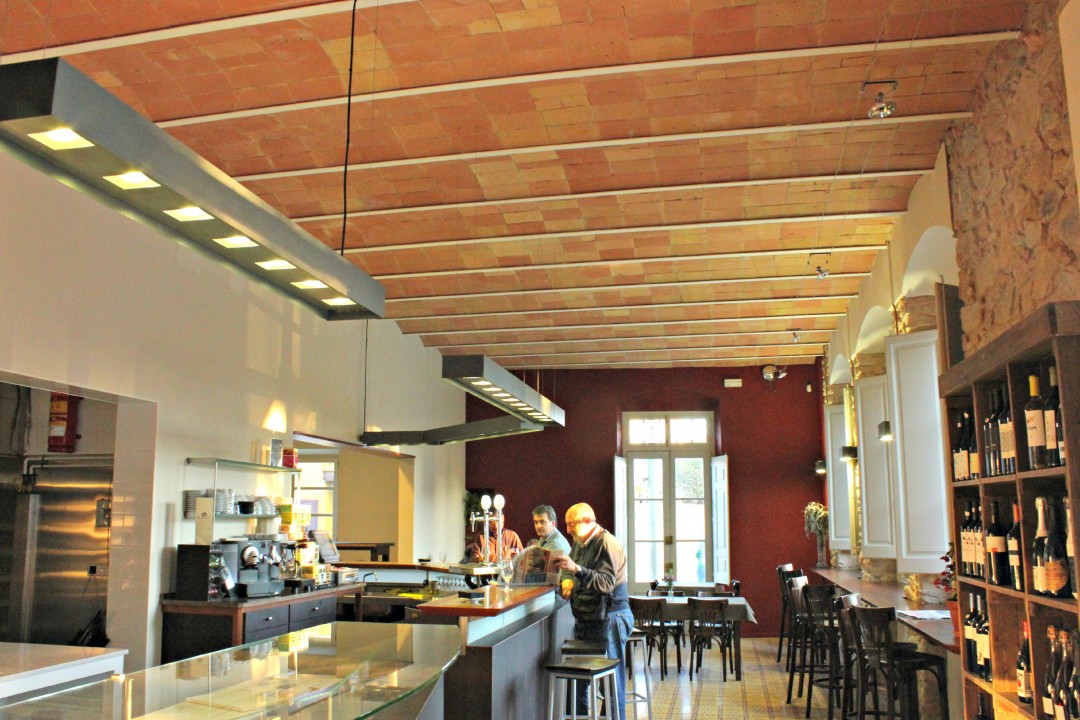 “Can Facundo” is named after the grocery store next door that the owners have managed for a long time. Many years ago, its owners added a grill to the business, and finally they decided to turn the adjacent family house into a restaurant. The result is a spacious restaurant, with character and lots of natural light.

The restaurant stands in a corner, and has two different parts. The old house, whose partition walls were demolished, is a takeaway restaurant and bar. This is the most charming area due to the preservation of the old elements: the floor –hydraulic mosaic- was polished; the vaulted ceiling was restored to show the original brick, which had been painted; and the stone of the outside walls was restored to its original stone.

Its big dimensions and length made it possible to fit a long L-shaped bar that links the restaurant and bar area. Despite being a completely different area –it had been the garage of the house- no separation was wanted. In addition to the demolition of the existing wall, the problem of the uneven floors was solved with a wide ramp that makes it easy to move through the two spaces, and also makes it accessible to handicapped people.

Despite being a modern area, with a sound absorbing ceiling, the existing cement floor was preserved, restoring its most degraded parts with a reel that imitates the old antiskid engraving, a tool dating back from the thirties kept at Tané Construccion’s warehouse. However, the main features of the room are, on the one hand, the huge fire place,  and on the other, the natural  light. A big entrance was built into the wall facing south. For better light another big opening  was made  with a big door opening onto the patio, now a terrace for al fresco eating. 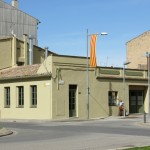 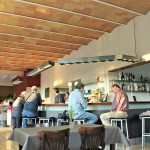 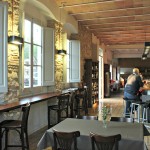 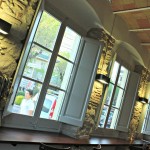 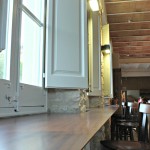 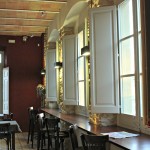 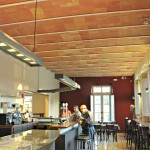 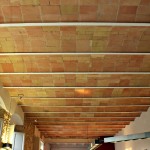 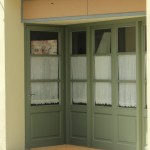 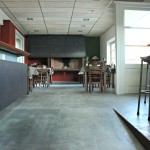 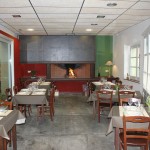 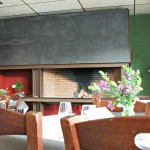 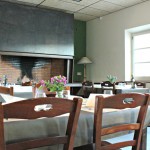 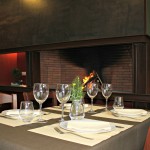 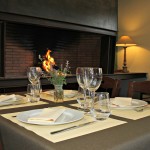 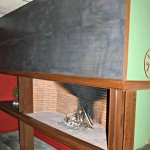 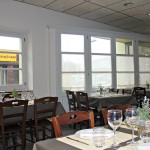 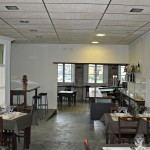 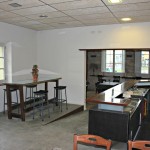 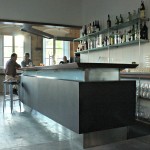 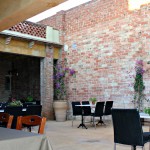 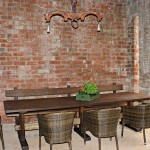 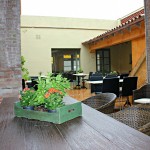 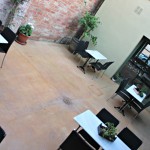 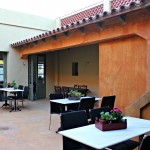 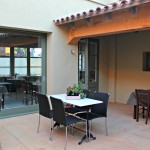